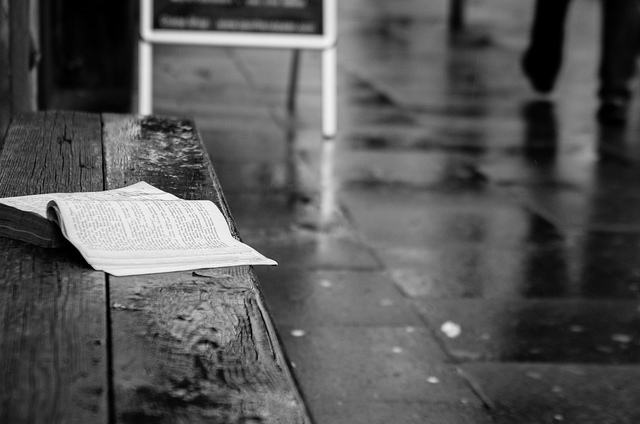 My reading this year fell into three categories: politics influenced by the election cycle, statistics and data, and a rekindled interest in American history. Books that didn't project overwhelming American exceptionalism and instead showed the real hardships and human qualities of the founding fathers intrigued me. I'm working on building my French fluency so there are a couple of French books too.

This was a fun quick read because it corresponds with several of the events in the play Hamilton. I like that it helps shatter the infallible image that we've built up for George Washington. Like the play, it made him more human. Random tidbit, I'm typing this about 1.5 miles from the original Washington Monument. It's located in Baltimore and is an anchor of the Mount Vernon neighborhood in the city.

The Elephant In The Room: A Journey into the Trump Campaign and the "Alt-Right" by Jon Ronson.

One of my favorite post-election activities is reading all the behind the scenes stories/recaps. This year it's probably more important than ever.

I started reading this earlier in the year but got around to finishing it after the election. It was a bit sad to read the sound rationale behind things that will likely be rolled back in some way.

It was enlightening to see all the things I see as normal be questioned and picked apart from a French point of view. Some years earlier when I did a semester abroad, I experienced this in reverse. Two things I found really odd were the lack of initial refrigeration of milk and Séyès paper, which I later grew to love.

After finishing the Hunger Games trilogy last year, I started on Harry Potter. Loved the twist ending from Potter #1, hated the points system from the second book and was hoping for a final escape from the Dursleys.

The Big Short by Michael Lewis.

Hands down, this book should be required reading for any elected official. Even with the constraints of having to squeeze a story into 2 hours, the movie did a good job translating the core of the book.

Liar's Poker details the Savings and loan crisis of the 1980s that shared a lot of characteristics with the Great Recession of 2008.

On Being A Data Skeptic by Cathy O'Neil.

"Big Data" is often thrown around with little meaning. O'Neil outlines a number of ways that big data can be dangerous and should be questioned. We are getting to the point where we are exhalting and trusting algorithm as somehow infallible while also allowing it to be unknowable by the masses. This book seems to be a primer for O'Neil's larger work Weapons of Math Destruction that I'm currently reading.

Mayflower: The Voyage From Hell by Kevin Jackson.

American history kind of TL;DRs the Pilgrims as "wanting to separate from England because the English were heathens, Plymouth Rock, and the first Thanksgiving." Our lessons in middle and high school often group the Puritans and the Pilgrims together. That's unfortunate. The Puritans came about 10 years after the Pilgrims. The Pilgrims weren't even known as that name during their time. They saw themselves as Sepratists. Another shocking thing from the book was the deplorable conditions of the crossing and the number who didn't survive.

Lost in Kandahar by Alex Berenson.

The book gives a quick snapshot into one of America's longest wars and the futility trying to secure against IEDs and the casualties caused by them.

It was ok if you wanted an overview of Bitcoin and the blockchain but it focused on Ethereum and smart contracts a bit too much. I'd skip it and suggest people read The Internet of Money.

The Internet of Money by Andreas M. Antonopoulos.